Today at the opening of the World AIDS Conference in Amsterdam, the exciting findings from the PARTNER 2 study on HIV prevention were released at a press conference, but before I tell you about them, let’s go back to the origins of treatment as prevention and follow the path that has led us to this point.

10 years ago the Swiss National AIDS Commission issued a statement for doctors which said that an HIV positive person on effective treatment cannot transmit HIV through sexual contact.  It became known as “the Swiss statement”.  The statement was produced to help protect HIV positive people who were being prosecuted for having consensual sex with negative partners.

Many in the HIV world were dubious of this claim, especially as the data they used to support their statement came from a largely heterosexual cohort.

The Swiss statement was the first of its kind, and ushered in an era of global discussion about the idea of “treatment as prevention”.  It was also the first official statement to suggest that condoms could be safely put aside if a person was undetectable.  Needless to say, there was an immediate reaction and great debate about this idea, with many HIV organizations and leading clinicians suggesting it was reckless to put out such a message, that the data could not be applied to gay couples, and that it could lead to rises in HIV transmission and STIs.  Overall the official reaction to the Swiss statement was cautious, but researchers became very interested in getting more data.

In 2011, an international study called HPTN-052 reported that HIV treatment dramatically reduced the risk of partner transmission – by 96%.  The study looked at 1763 serodiscordant couples, and randomized them to start treatment either once their T cells dropped below 550, or to wait until they hit 250.  The study was stopped early when it became clear that early treatment was preventing partner infection.

In 2014, the PARTNER study from Europe reported on serodiscordant straight and gay couples where the positive partner was undetectable. The main result was that there were no HIV transmissions.  In 2016, the final results showed still no transmissions after nearly 900 couples had sex without condoms more than 58,000 times.

Meanwhile in Australia, the Opposites Attract study reported in 2017 no linked transmissions from positive partners with undetectable viral loads in 358 couples and 17,000 acts of condomless sex. 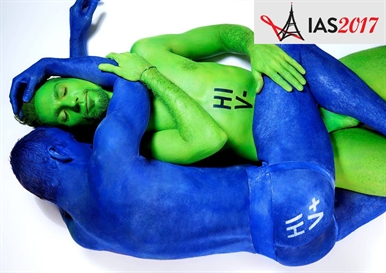 The culmination of this research resulted in the release of the U=U statement at the International AIDS Society meeting in Paris in 2017.  Since then HIV medical organizations all over the world have begun releasing their own version of this message, echoing the clear statement that an undetectable person cannot transmit HIV to their partner.

PARTNER 2 is a continuation of the PARTNER study, but looking only at gay male couples. The study found no transmissions between gay couples where the HIV positive partner had a viral load under 200 copies/ml, even though there were 77,000 acts of condomless sex between them.

Now ASHM, the Australian Society for HIV, Hepatitis and Sexual Health Medicine has released their own guide for clinicians regarding U=U. 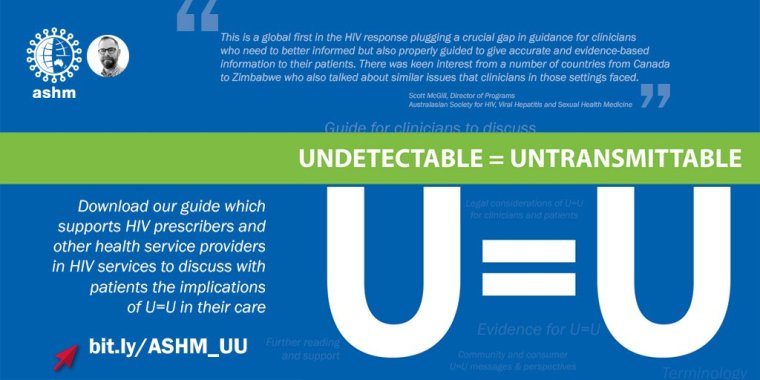 And so, 10 years later, it would very much appear that those Swiss doctors were right all along.  This is a message of hope, and cause for great celebration, and should remove any remaining doubt when it comes to counselling our patients on the concept of U=U.  All HIV positive people, gay or straight, who are on treatment and are undetectable cannot pass on the virus to their partners.

Sun’s up! If you’re not at the beach I hope these photos transport you! #beachsunrise #sunshinecoast
Good morning from holiday-land! #greetingthesun #beachdog
I did an interview with The Medical Republic about this newly published study. Summary: Trans people have much better mental health if they start gender affirming hormone treatment in their teens rather than later in life, according to possibly the largest ever survey of trans adults.
How lovely to end the year with this excellent delivery from @thefoxfisher - they even threw in some extras for me! HNY to all and hope for a brighter future. See you in the next year! ❤️ 🦊🏳️‍⚧️🏳️‍🌈
Beautiful present from a beautiful person ❤️❤️❤️ This is the story of Finnish writer Tove Jansson and her partner, and the life they shared on a remote island. It’s a book to treasure. Thank you darling Gwyneth @edie115 #tovejansson #islandlife #notesfromanisland