Skip to content
An Evening With Venus…..Syphilis, an Ancient Infection in Modern Times
STIs

An Evening With Venus…..Syphilis, an Ancient Infection in Modern Times

It’s time to talk syphilis again.  There’s a lot of it around.  It’s pretty easy to catch – you don’t even have to have sex to get it, just very […]

It’s time to talk syphilis again.  There’s a lot of it around.  It’s pretty easy to catch – you don’t even have to have sex to get it, just very close physical contact like deep kissing.  I’m seeing a few cases every week, often in guys who don’t realize anything is amiss, just coming in for their regular sexual health check.

The tricky thing about syphilis is that it often doesn’t cause classic symptoms.  Sometimes all you get is some sore glands, a rash or a mouth ulcer.  Sometimes there’s a sore that appears somewhere, only to go away of its own accord.  Sometimes you might simply think you have a bad cold.

The classic symptom of syphilis is an ulcer (called a chancre) which develops at the site of infection (usually penis or mouth but I have seen them in all sorts of odd places!).  This ulcer is usually not painful, although it can be, and it usually heals by itself and may not even be noticed.  A few weeks later, a rash appears, often on the palms and soles.  This is known as secondary syphilis.  People often mistake it for dermatitis or a fungal infection.  It goes away by itself too.  Next comes a dormant phase that may last for years, where the infected person may feel quite well but the syphilis organism is slowly attacking the heart and brain.

Syphilis is caused by a spiral bacterium, a spirochaete named Treponema pallidum.  You need special dark ground microscopy to see the little organisms, they’re like tiny little corkscrews on speed, darting about in a random manner. 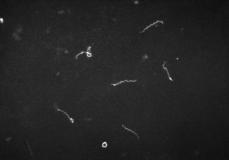 Syphilis is an ancient disease, and famous too – many historical figures were victims of this infection, including Oscar Wilde, Charles Baudelaire and Adolf Hitler. The first recorded cases in Europe were in 1494 after King Charles VIII of France invaded Italy.  The English called it the French disease, whilst the French called it the Neapolitan disease or the Spanish disease.  Even back then it was all about blaming someone else!  There is also a popular theory that syphilis was brought back from the New World by Christopher Columbus and his crew.  The Scottish evocatively called it the “grandgore” which is one of my personal favourites.

Before the era of antibiotics treatments for syphilis were largely unsuccessful, and extremely unpleasant – so unpleasant that it was often remarked that if the disease didn’t kill you, the cure probably would!  Mercury was a popular treatment, either as an ointment or lotion, or as part of an awful concoction the patient was meant to drink.  We now know of course that mercury is highly neurotoxic in its own right (think Mad Hatter’s Disease), leading to the popular saying “A night with Venus, a lifetime with mercury”.  Other treatments included patients being made to sit in a hot box to “sweat out” the disease, and the drinking of toxic arsenic preparations.  It was not until the discovery of penicillin that we finally had an effective and safe cure for syphilis, and amazingly it’s still the treatment of choice, with no resistance being documented.

The consequences of untreated syphilis can be devastating. Once it enters the nervous system, all sorts of symptoms begin to develop, ranging from headaches and visual disturbance to memory loss, dementia and paralysis.  Endstage neurosyphilis was called General Paresis of the Insane, and was the cause of many people being committed to lunatic asylums in the 19th century. 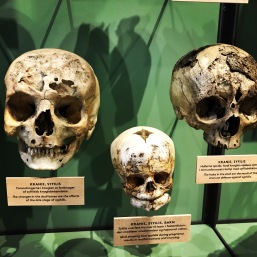 Syphilis during pregnancy is a disaster, causing stillbirth or leading to congenital syphilis, a syndrome of serious foetal malformations, such as deformed bones, blindness, deafness and cerebral palsy.  Right now there’s an epidemic of syphilis in our remote indigenous population here in Australia,  and there have been cases of congenital syphilis in far north Queensland, an appalling situation requiring urgent and sustained public health intervention.  This should not be happening in our “lucky country”.

We are also seeing an upsurge in syphilis cases among men who have sex with men.  This coincides with the tremendous uptake of PrEP, pre-exposure prophylaxis for HIV, Diagnosing syphilis is done by a laboratory blood test, and there is also a rapid test available which gives results in under an hour.  Treatment is an injection of penicillin, however no immunity develops so you can catch syphilis again and again if you’re exposed.

The best advice for people at risk is to be tested regularly.  If you’re on PrEP, remember to get a 3 monthly blood test in case you’ve been exposed to syphilis or any other STIs.  If you’re visiting a rapid testing clinic, take up the offer of a syphilis test while you’re there.  Remember, there may be no symptoms, but missing the diagnosis can have serious consequences.

Good morning sunshine! I got the missus out of bed to see this! #beachsunrise #wellplacedseagull #dogmeetsjellyfish
Sunrise? What sunrise? #beachdog #rainymorning
Ollie and I enjoyed this morning’s sunrise, and a run along the beach! He found plenty of stinky treasures which I very meanly made him leave behind 😂 #sunrise #beachdog #jellyfishandfishheads
This morning’s sunrise reminded me of Jupiter #beachsunrise #mudjimba #wakeup
Right. After a few tremulous moments where I thought I’d broken it, my hurdy gurdy is now constructed. Next, the strings...... #hurdygurdy #ugears #holidayproject